The Ruxcon panel discussion returns once again and is ready to ignite conversation on issues that have popped up during the past year. This year we are focusing on topics that have been covered by the technology and mainstream media, and it will be up to our esteemed panel of experts and commentators to separate fact from fiction and offer insight into what can be complex issues. As always, our panel consists of passionate experts from the entire spectrum of the computer security universe.

The panel is held as an informal discussion between our experts. Special guest speakers may pop in and out of the panel and they will be able to provide their own specific insight into the discussion at hand. Delegates are invited to use the questions we've given to our panel members as a starting point and contribute to the panel by asking questions throughout the session. 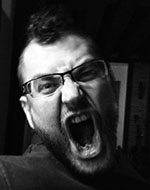 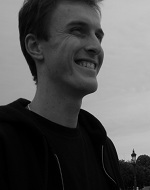 Senator Scott Ludlam is member to the Australian Greens and represents Western Australia in the Senate.

Scott was a leading voice against the Federal Government's attempt to censor the internet with its mandatory net filter, moved amendments to better secure public ownership of the National Broadband Network and has been a strong advocate for a diverse, accessible communications sector. He is campaigning against the Government ‘reforms’ of security legislation to boost ASIO’s data capture and retention powers.

A prolific and effective participant in the Committee process, Scott initiated the first national inquiry into public transport. Senator Ludlam has been a leading proponent of urban light rail and the benefits of rapid, highly networked anywhere-to-anywhere transit and his campaign for a light rail network in Perth is coming to fruition after four years of work. The blackspot’ iPhone app he developed has been a huge hit with cyclists Australia wide.

Scott has championed the Australian Greens “Convert to Rent” initiative, launched during the 2010 federal election. When the National Rental Affordability Scheme faced severe funding cuts, Scott fought for and won the restoration of 15,000 affordable dwellings to the Scheme.

A long time campaigner against the nuclear cycle, he is fighting the proposed national radioactive waste dump at Muckaty Station, has exposed radiation leaks and water contamination at the Ranger uranium mine in the NT, and ongoing radiation safety concerns at Australia's only nuclear facility at Lucas Heights.

Scott is a co-Chair of the Australian Parliamentarians for Democracy in Burma and a founding member of the Parliamentary Friends of SBS.

Alastair MacGibbon is an internationally-respected authority on cybercrime, including Internet fraud, consumer victimisation and a range of Internet security and safety issues. He is a Director of the Centre for Internet Safety at the University of Canberra which was created to foster a safer, more trusted Internet by providing thought leadership and policy advice on the social, legal, political and economic impacts of cybercrime and threats to cybersecurity. He is the CEO of CREST (Aust) Ltd - the Council of Registered Ethical Security Testers - which is a not-for-profit organisation for certifying sections of the IT security community, and their companies. In addition he is the Managing Partner of Surete Group, a consultancy dealing with improved customer retention for Internet companies by increasing trust and reducing negative user experiences. Prior to this for almost 5 years Alastair headed Trust & Safety at eBay Australia and later eBay Asia Pacific. He was a Federal Agent with the Australian Federal Police for 15 years, his final assignment as the founding Director of the Australian High Tech Crime Centre.

Andrew Pam has twenty-four years experience in the computer industry. He has been involved with computer communications technology for twenty-three years and the Internet for eighteen years developing and debugging software, designing and deploying networks and actively participating in a variety of working groups and international research organisations, including a series of presentations at international conferences since 1996 and a two year position as a Visiting Professor at Keio University Japan in 1998-99.

He has been following developments in hypermedia and hypertext, content management and online publishing, file systems, distributed systems, peer-to-peer networking and global intellectual property law for many years. He is an active advocate of Free and Open Source software and free speech rights, including marching in the "Free Dmitry" protest in San Francisco in August 2001.

Patrick Gray is an information security journalist and best known as the host of the Risky Business podcast on Risky.Biz. Over the last decade he's written about infosec for The Sydney Morning Herald, The Age, The Bulletin Magazine, SecurityFocus.com, Wired.com, ZDNet and others.

Ben Nagy is an itinerant security researcher, working lately from Kathmandu, Nepal. Ben has been fighting against Someone Wrong On The Internet for many years, and has moved through network / firewall stuff, a bit of crypto, some bits where he wore a suit, enough unix to hate it, enough windows to hate it even more, and recently a lot of fuzzing which is a very good outlet for these kinds of frustrations. In his current role, Ben has finally unlocked the coveted achievement of being banned from communicating with clients, ever.

Ben has spoken in lots of places about stuff, been drunk in the presence of a significant percentage of the world's best security researchers and is presumably on such an august panel in the hope that his pants will fall down or something.

A passionate security enthusiast, Daniel Hodson has dedicated his professional career in both research and testing. Until 2010, he was Head of penetration testing at a Global Bank, ensuring the most effective security controls were in place. At that point, Daniel branched out to launch Oxin Security, a consultancy company that works with many of Australia’s top Fortune 500 organizations.

On more than 1 occasion, Daniel has guest spoken at the Ruxcon security conference. His expertise is called upon regularly in the security community, sitting on multiple review committees for well-respected conferences, and helping with online sites like OverTheWire. Not only is IT security a passion for Daniel, but it’s a field that’s causing rapid change for many of the World’s top organizations.